Can you believe it? I’ve caught up on blog posts to live time, I never thought it’d happen!  Woo!  Anyways, last month (June) was super fun.  You started out the month with the Seton country fair.  You guys LOVE the fair.  You get to play games, and ride rides all night long.  We haven’t missed it in years, definitely a fun family tradition.  One of the rides moved you up and down in a basket in the air, and you could also spin it using a wheel in the center.  You guys had the MOST fun on it.  You laughed and giggled and screamed.  It was awesome to watch.    This month you also had some new friends come to the house, Taryn and Riley (Riley Grace!  Crazy that her and  Rylie share the same name).  Elyse will now be watching them at the house one day a week.  Of course you love having friends over to play.

Also in June came our maiden voyage on our new boat!!  All week Daddy and I went to stores buying exciting “boat stuff”.  All of us were so pumped to take the boat out.  We drove back to Cave Run Lake, where we had been to the beach the weekend before.  We had a WONDERFUL day together.  We got to float around, swim, explore an island, and even let Lucas Walter go tubing for the very first time!  Lucas, I was brave enough to go out there and you absolutely loved it.  You were yelling THIS IS THE MOST FUN DAY EVER!  As Daddy drove us across the lake.   It really was a brilliant day.  We ended the day late, and ate dinner at the marina, we went to get back in the boat at the end of the day to drive to the ramp and go home.  Daddy leaned down to untie the boat from the dock, and in plopped our car keys!!! Ahhhhhhhh!!!!  And to make matters worse, not only were they my car keys, and my work keys, they were also Daddy’s BOSS’S  car keys (and he didn’t have a spare), as well as the giant new trailer tire lock we had, and a second lock for the trailer.   We were officially screwed and stuck at the marina.   After some debating about what to do, and spending forever on the phone with insurance, we called Elyse and asked her if she could possibly come pick us up.  Luckily Elyse saved the day, and when she left her other job, drove the hour to come pick us up.  It was 10:30pm at that time.  We had to leave our boat at the marina, and take off work the next day to deal with it.   Daddy and I went back the next day and tried to do some magnet fishing, but did not catch the keys, so then we had to have his boss’s insurance company come and tow the car away, then we had use bolt cutters and cut one of the locks off, and then had to find a jack, and remove the tire from our trailer that we had the big boot lock on, then took it to the marina where everyone gathered around to watch Will try to drill it out.  Finally we released the tire, and put it back on the boat, but STILL had the boat stuck in the water since we now didn’t have a car to pull it out.  Daddy had to beg some random guy to use his truck to pull our boat out of the water, and then our brand new boat insurance sent a tow truck to tow our boat and trailer back to our house.   MAN what a mess.  It was $411 just to replace the keys.  Ugh.   Everyone has floating keychains on their boat keys (which we did), but no one puts them on their car keys (we do now!!)

Our next experience on the lake was the very next weekend, and we managed not to lose the car keys hahahaha, but oh my you should have seen how many floats Daddy put on them- hilarious!   The second time we went out, we decided to let Emme ride on the inner tube too, and I drove reallllllllly slowly.   Emme- of course you loved it and kept yelling faster! faster!     Then it was turn to drive Lukie and Daddy.  Keep in mind, I’ve never really driven boats before, so I don’t particularly know what I’m doing besides stay away from other boats and don’t hit anything.   Lucas, I was pulling you and Daddy and we crossed over another boat’s waves, being new at driving a boat, I didn’t know I should slow down as I pulled you through the waves behind me, so I just maintained my speed.   I turned around to check on you just as you hit the waves, and you guys FLEW up into the air like 5-6 feet OMGeeeeeeeeeeee!  Luckily you guys stayed on the tube.  Daddy gave me the kill the engine sign, and I yelled back to you guys to see if you were okay, and told you “Lucas! I can’t believe you went high to the SKY!”  You very excitedly yelled back to me that you went “INFINITY AND BEYOND high, all the way up to GOD!”   You were so excited hahaha!  Daddy was not as thrilled, needless to say LOL.

Other exciting stuff this month- Lucas you scored your first basket in a basketball game!  It was so exciting, I totally teared up!  You score lots in practice, but in the games you have just begun really going after the ball.  It’s so fun to watch.    On that same day we went to your first baseball game, and got to see you hit your first ball and run to base.   So cute!!  It was also my 36th birthday this month, and of course- Father’s Day!    We went in to Louisville for Father’s Day and took Daddy and PopPop out to Mark’s Feed Store for some ribs. Yum Yum Yummy!    We are so lucky to have both of those amazing Dads in our lives.  Your Dad and your PopPop are the world’s best Dads ever!     Lastly this month was John and Desiree’s surprise anniversary party.  Elyse, Andi, Desmond, and David had been planning it for months.  You guys helped all week with the decorations.  You were the little stars of the party.  It was so cute to see how everyone knew you, and loved you!  You guys loved dancing the night away.  And Lucas even knew the cha-cha slide dance moves!! So adorable!  hahaha!

I love you babies, I can’t wait to see what the rest of the summer brings! 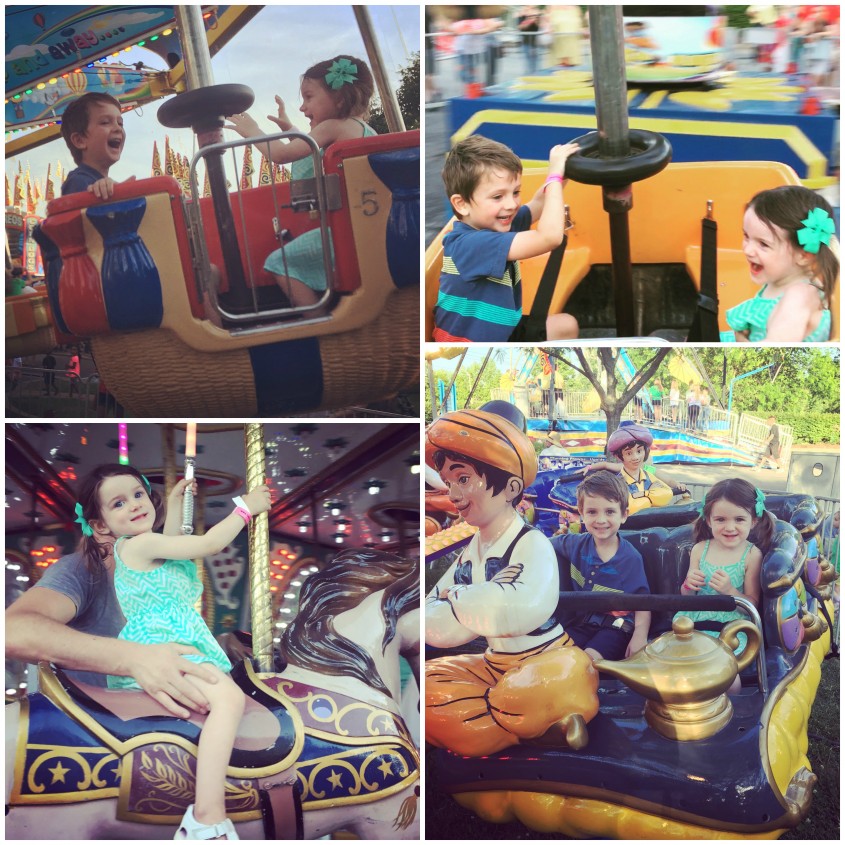 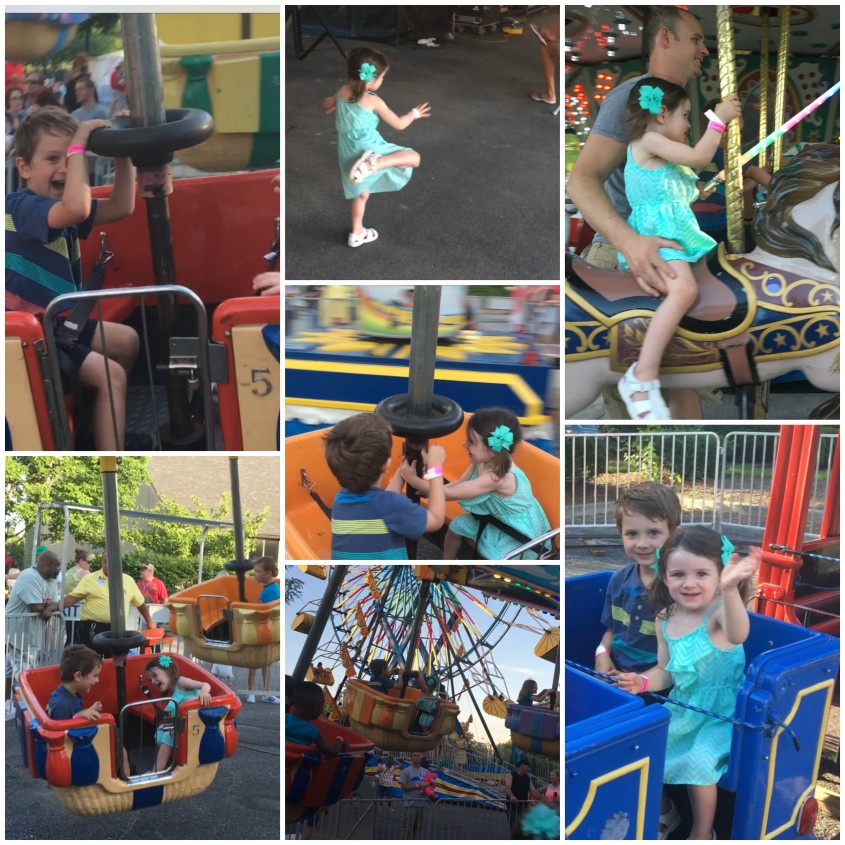 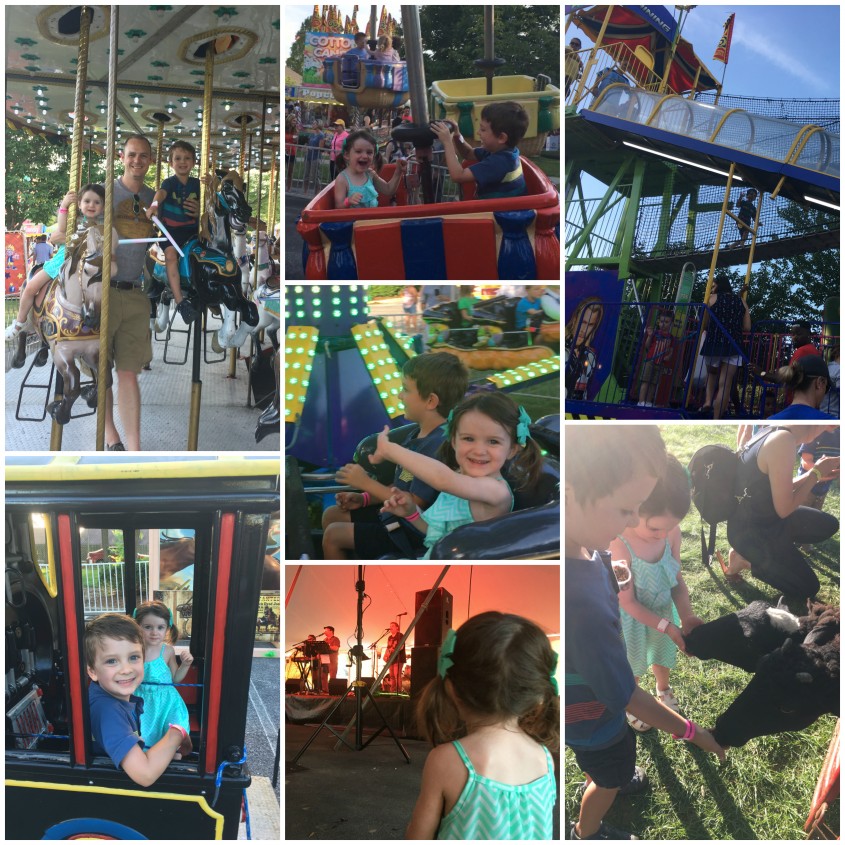 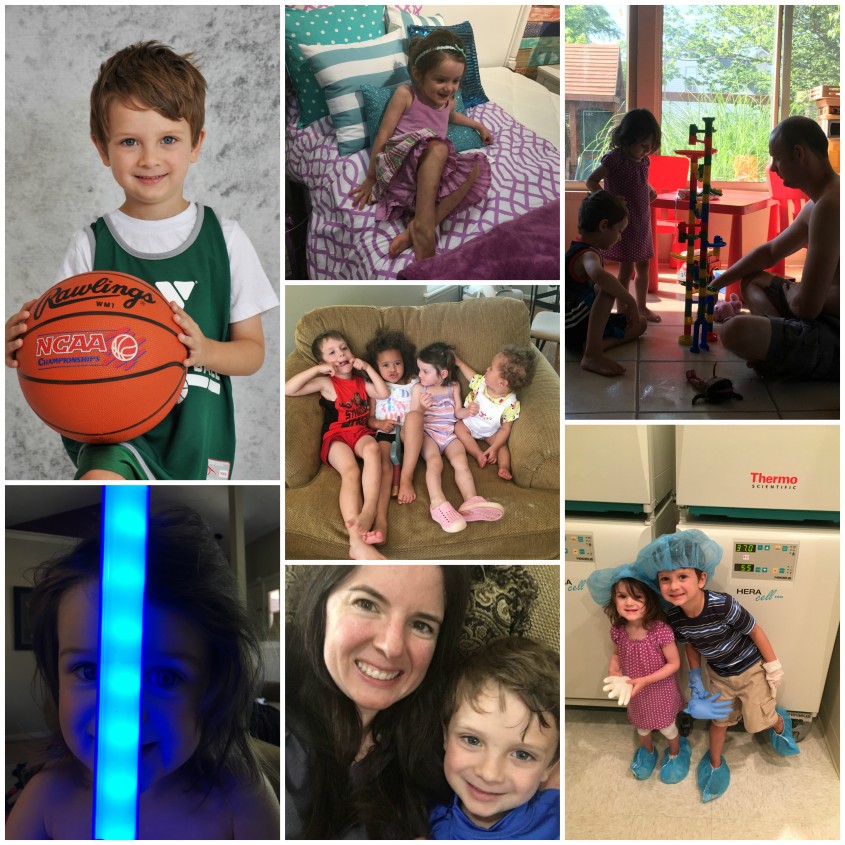 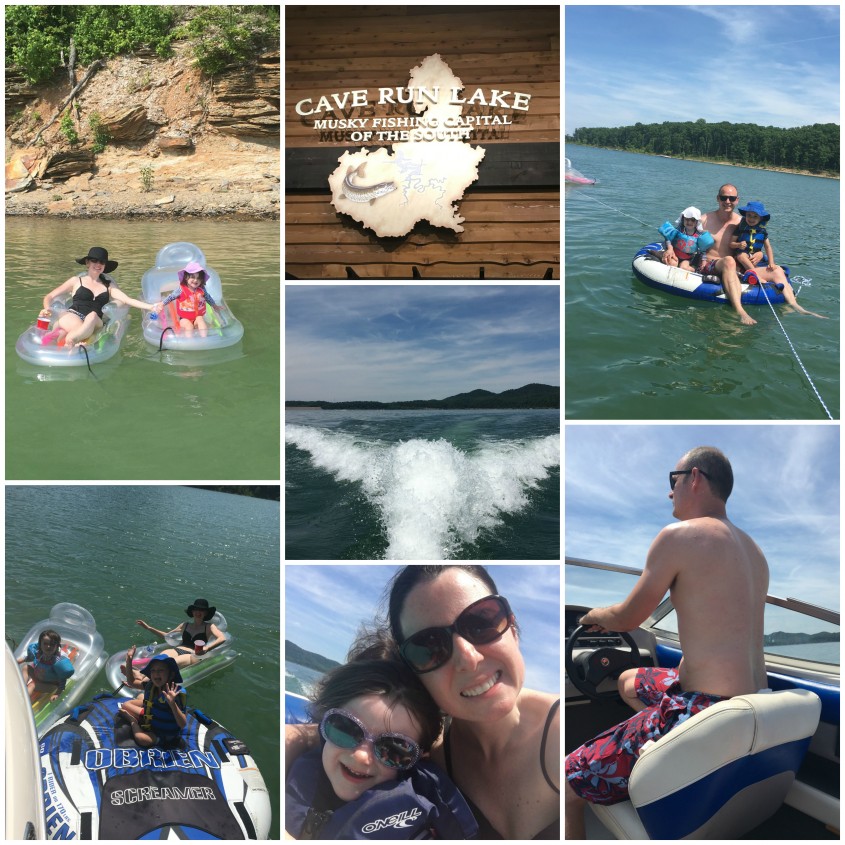 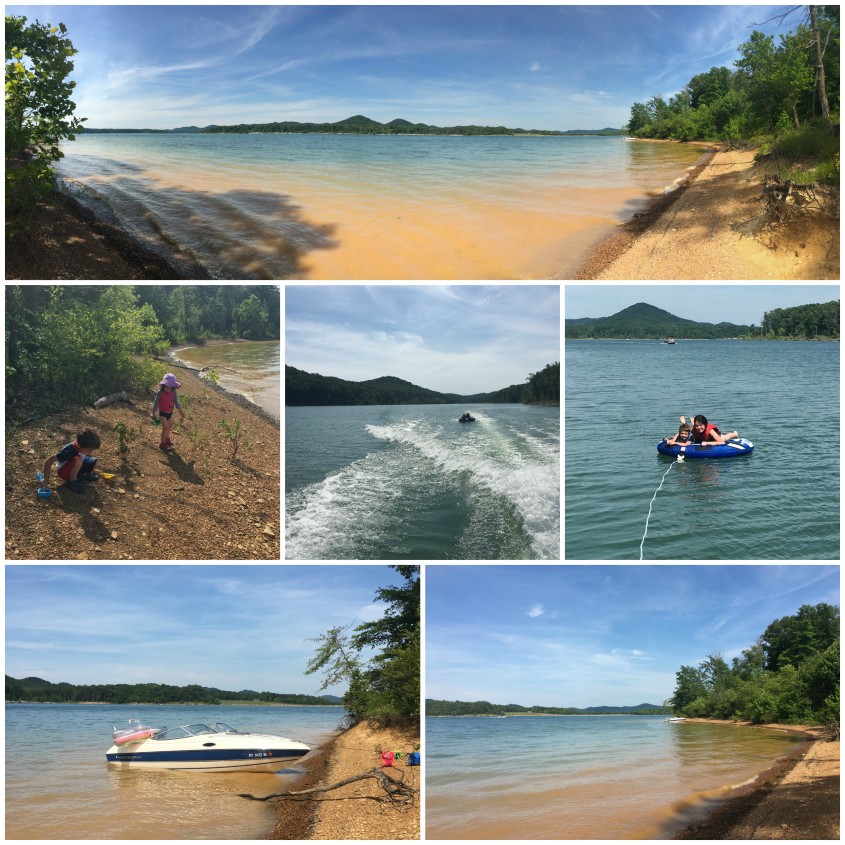 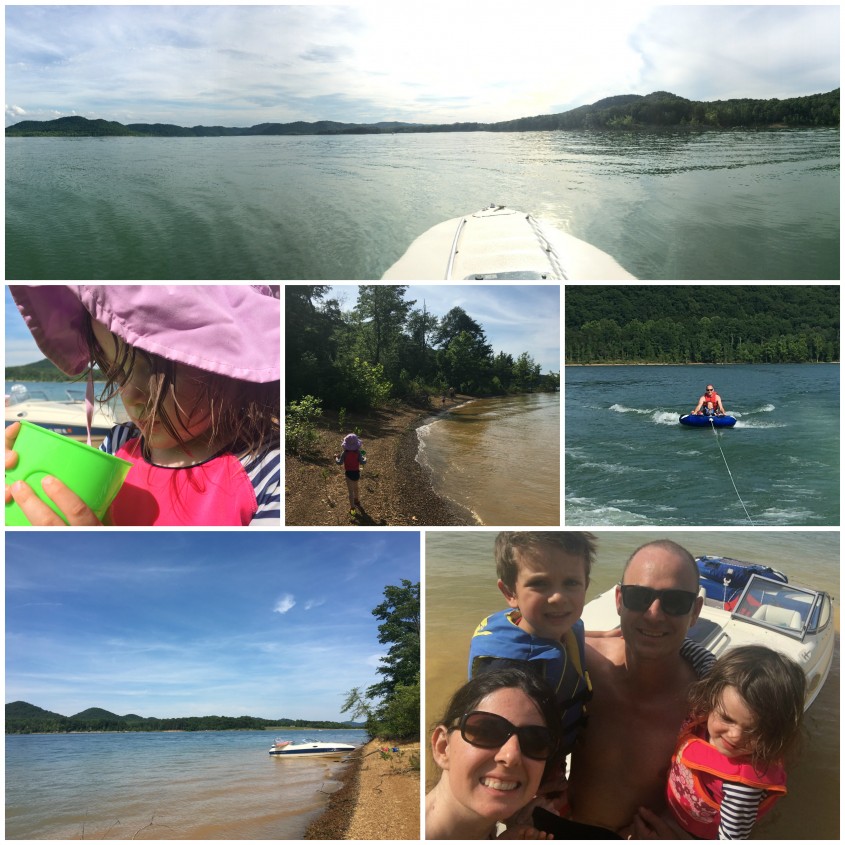 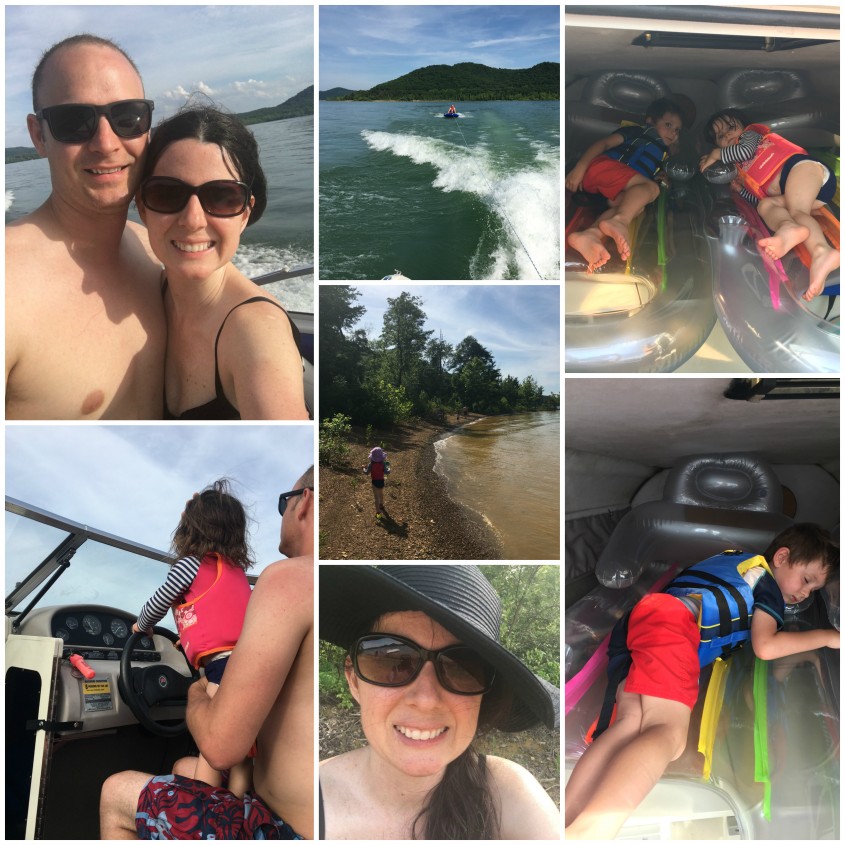 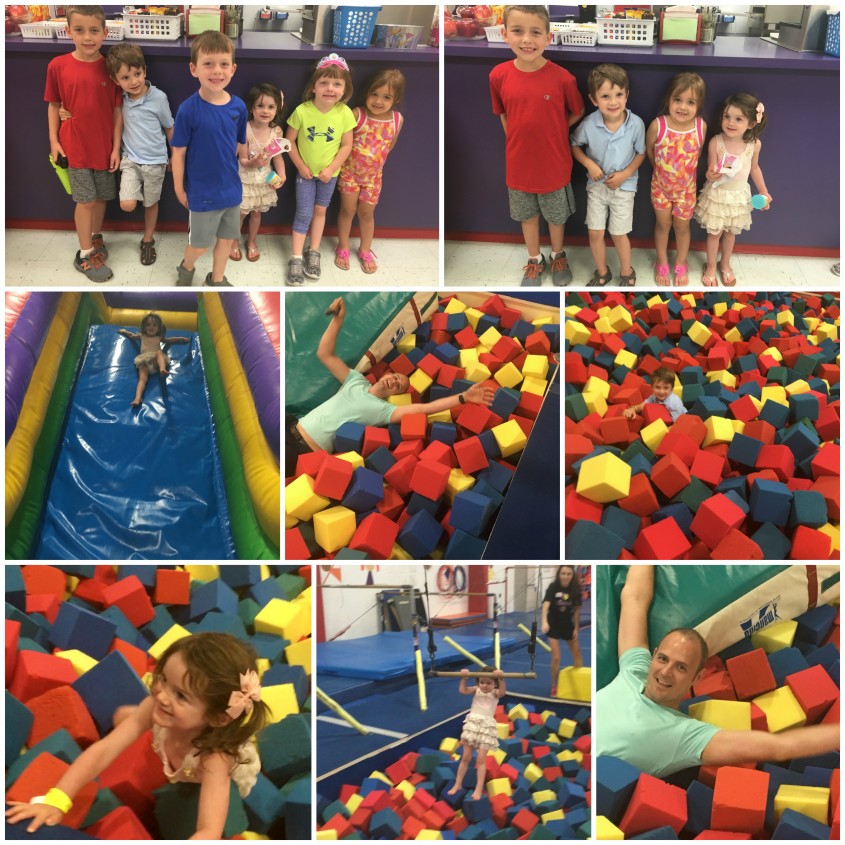 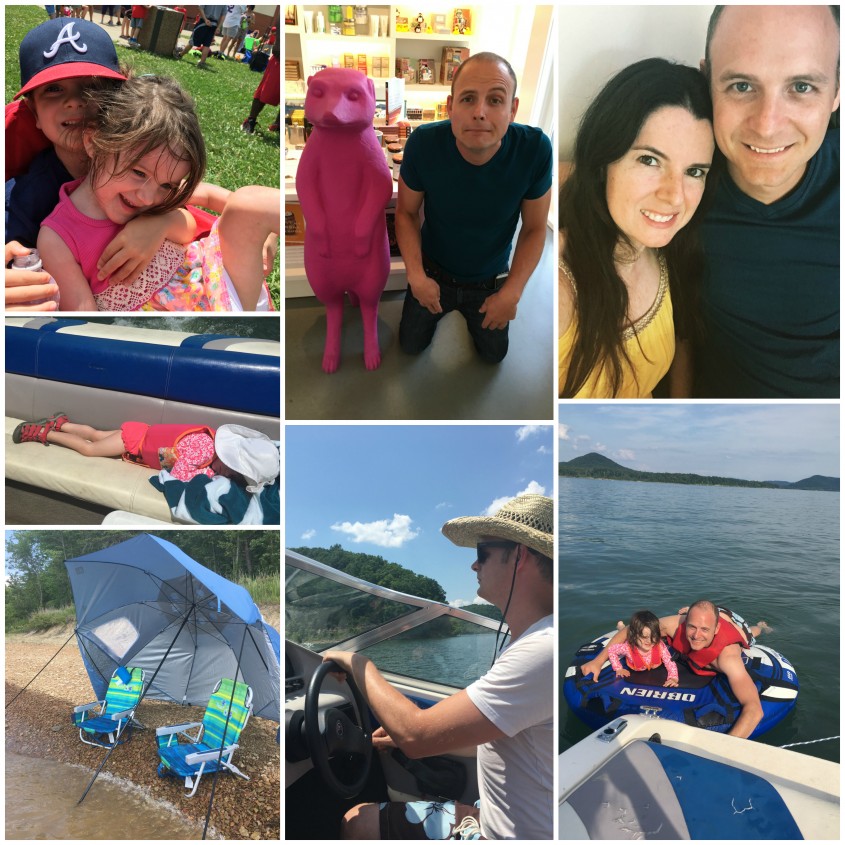 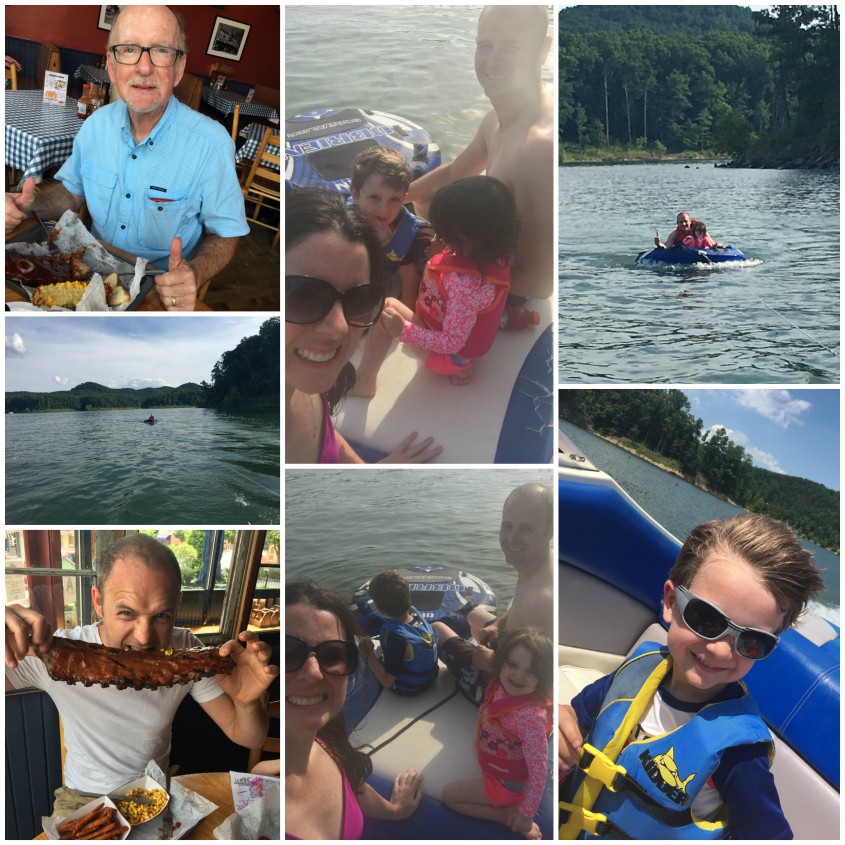 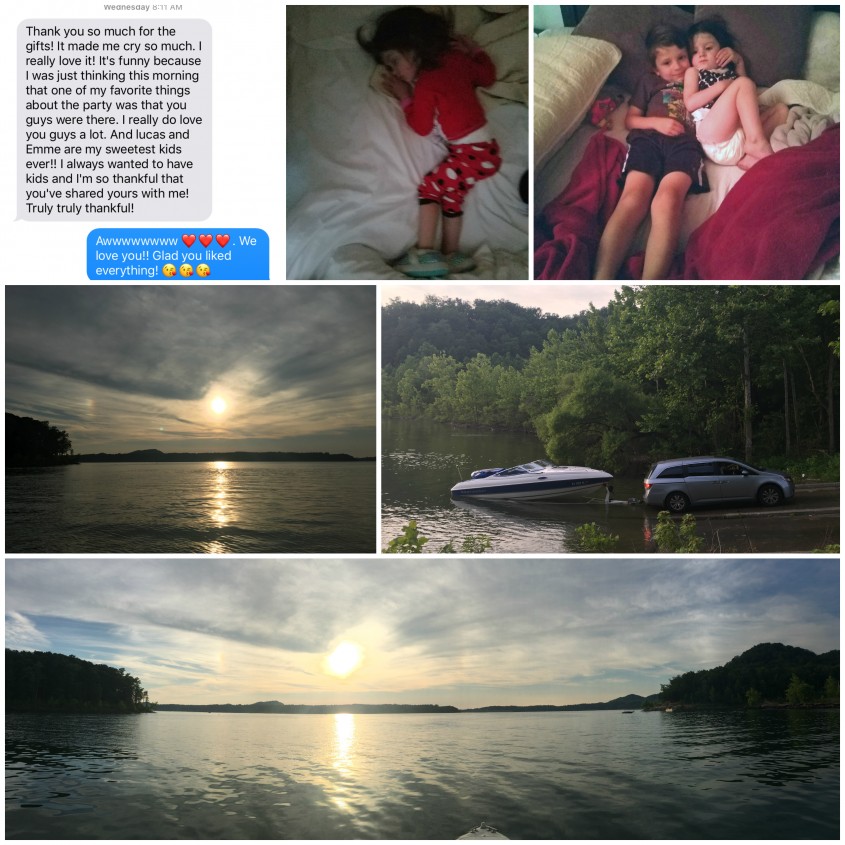 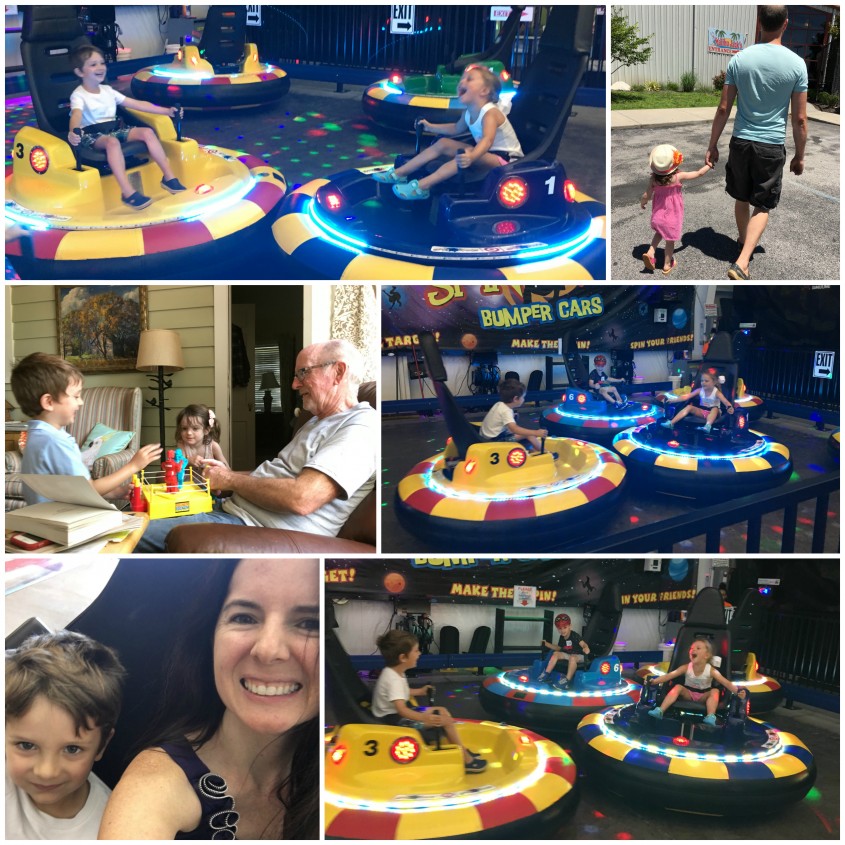 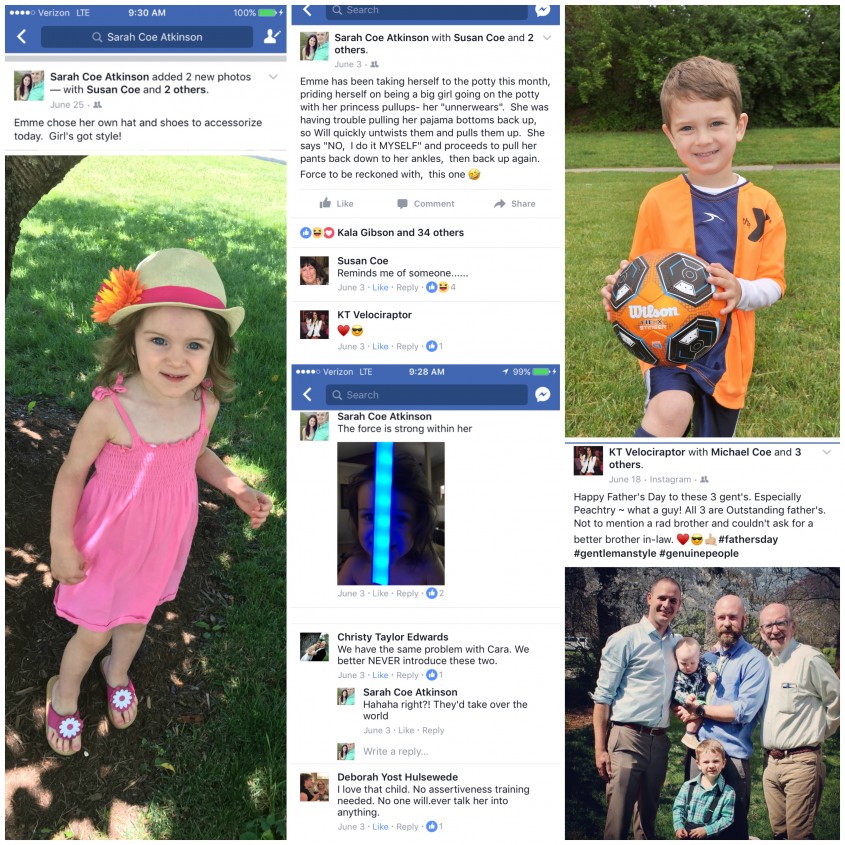 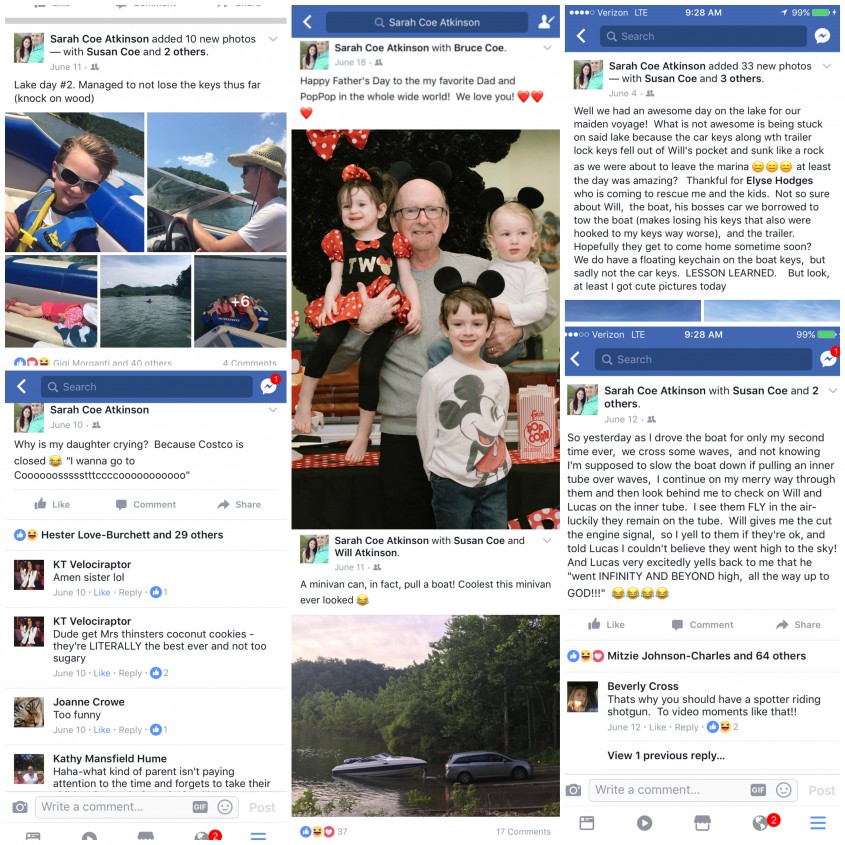 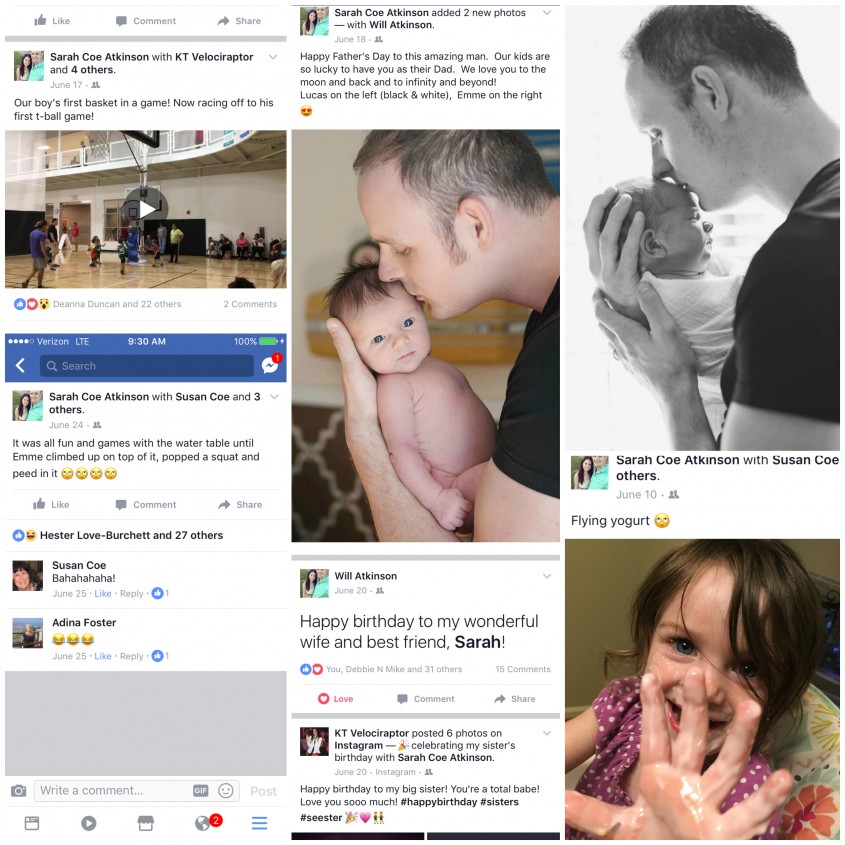 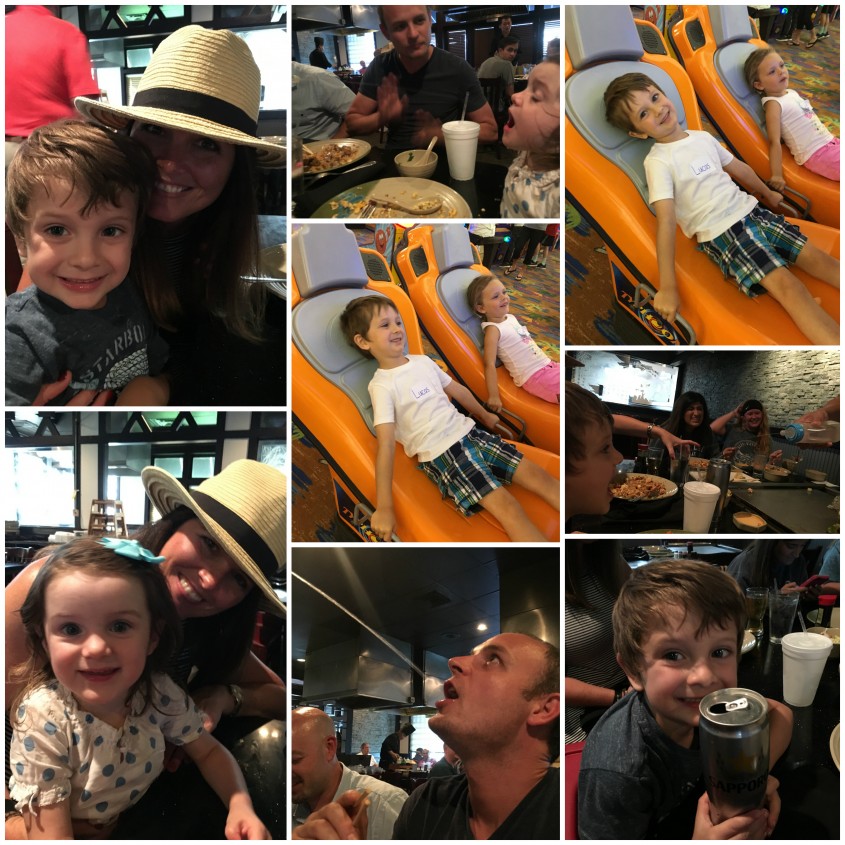 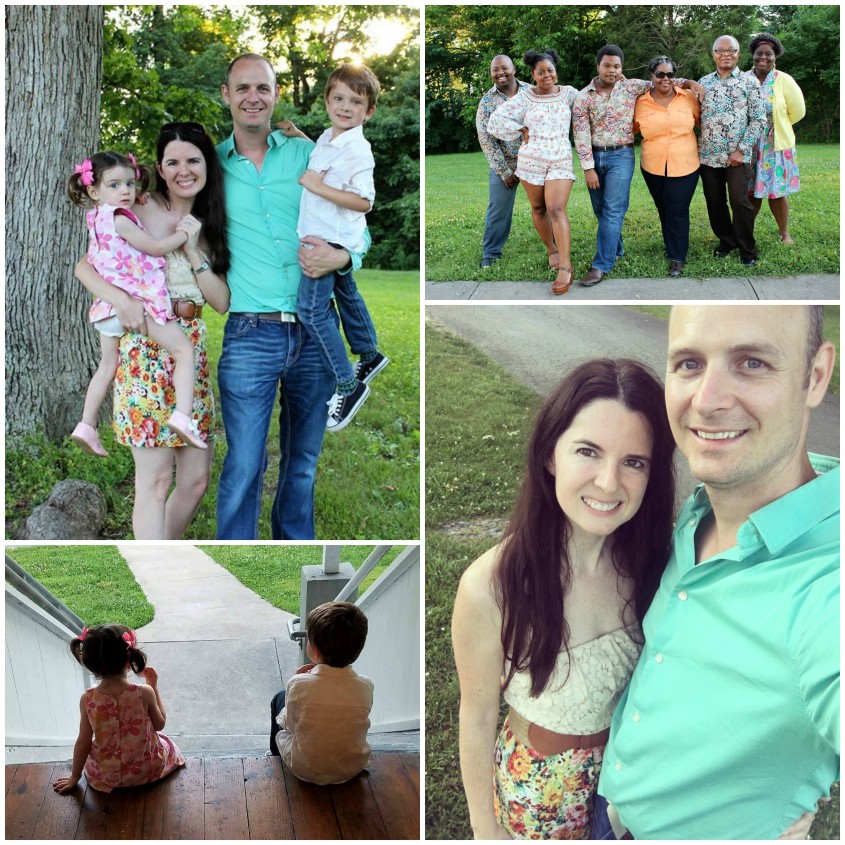 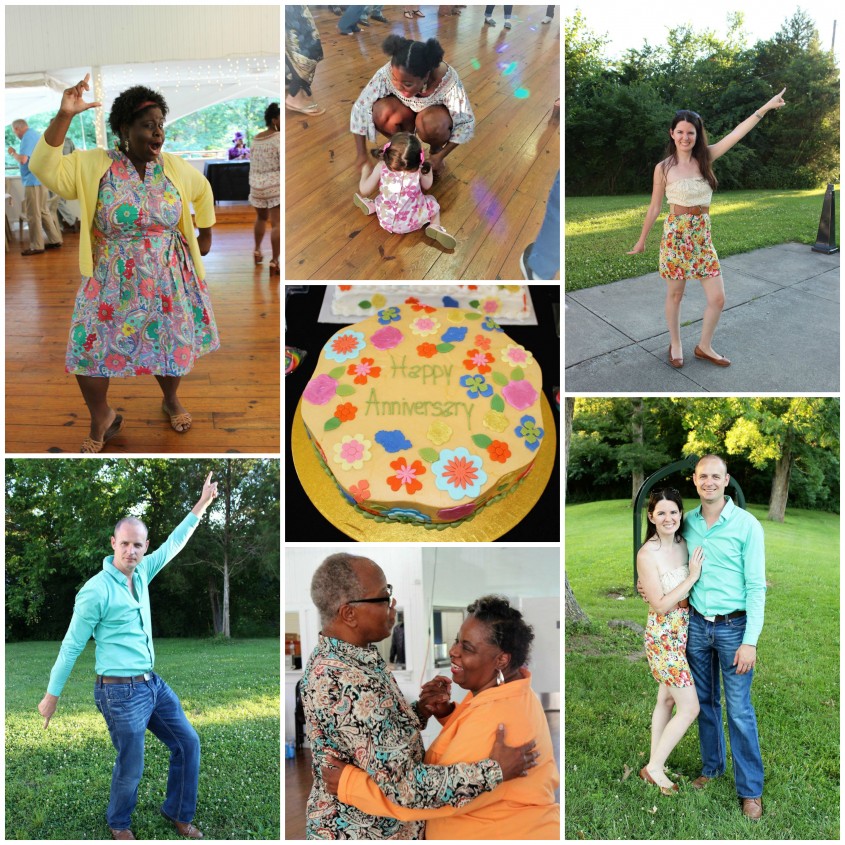 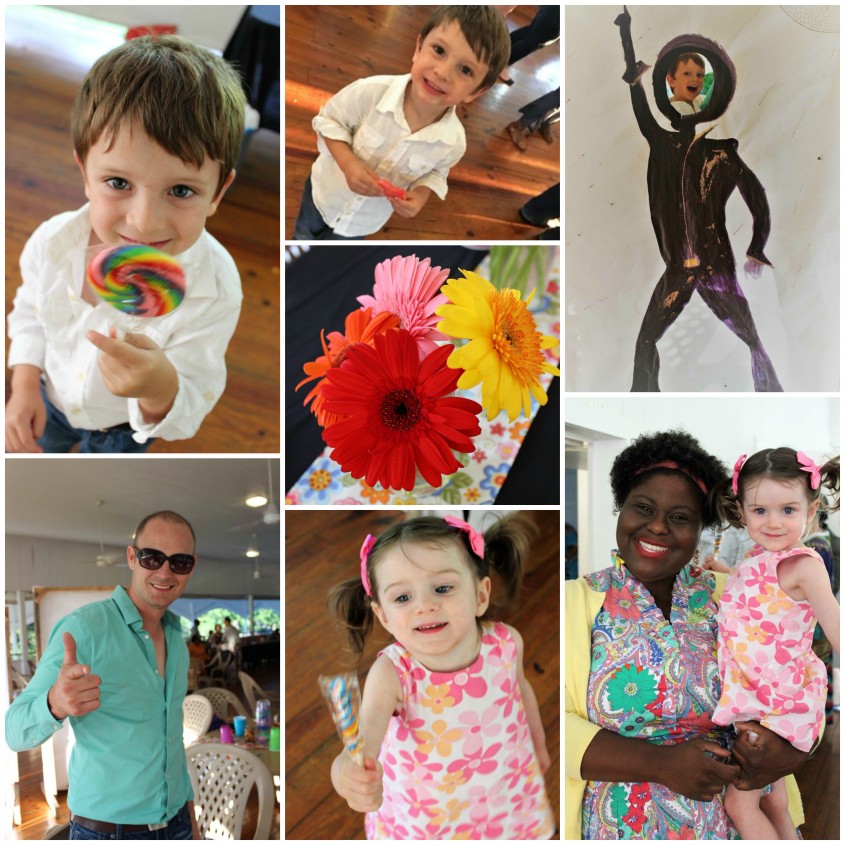 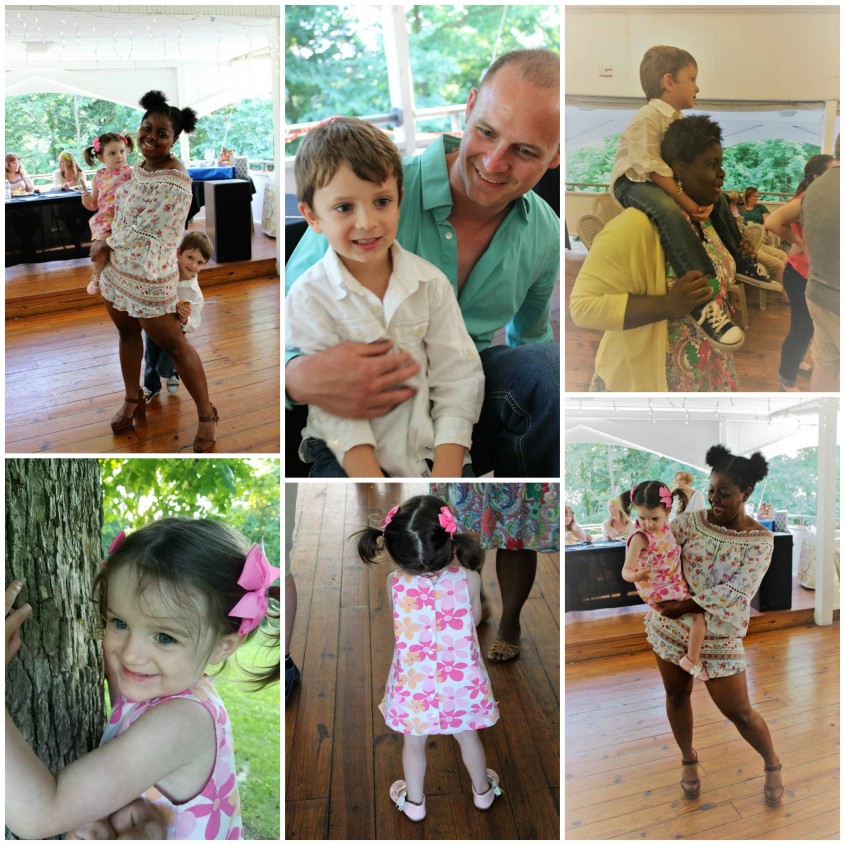